Steve Ference, you posted two comments, one about swimming during lunch so that we can eat whatever we want and how quitting the drinking of alcohol was a good thing.  In order to return the favor, we have made the decision to make you one of our heroes.  The honor is immense, but you are worthy. 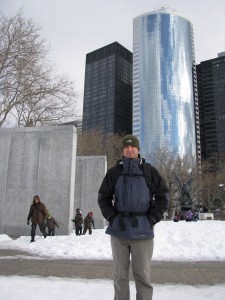 Viva Movement began as a blog about Steve wanting to become more adventurous.  One new such adventure was a sprint triathalon.  As Steve puts it, “It was one of the most rewarding things I’ve done.”  After that, he was hooked and now VivaMovement has transformed into the chronicling of his journey to become an Ironman.

Steve has a very practical approach to attaining this goal.  He is trying to accomplish little steps along the way to reach his ultimate goal.  His next step is to run a marathon.

When I emailed Steve, asking him for an interview, he indicated to me that he was moving to South Korea.  Originally from Indiana, PA, he and his wife, decided to up and move to the other side of the planet, to teach English to South Koreans.  They figured that with no children and no commitments, that this would be there only time to do something like this and is now finding himself getting situated in an entirely new country.

The most rewarding things that Steve has accomplished so far is swimming a mile in a pool.  Which, also happens to be my favorite article that he has written, http://vivamovement.blogspot.com/2010/12/one-mile-swim.html, very inspiring.   It really gave him some perspective on how much more training that he was going to have to do to prepare.  He likes the solitude of running by himself, but also enjoys the company of others on a run.
Steve recommends setting small, attainable goals.  Having a huge goal is great, but you need to feel some sense of accomplishment along the way.  He also suggests telling as many people as you can about your goals, so that they, and yourself will hold you more accountable.
One thing Steve recommends that everyone should do at least once in their lifetime is travel to a different country.  He has been in South Korea for just a short period of time and already has called it one of the most life-changing experiences he has ever had as it has changed his worldview and personal views.
Writing is Steve’s passion and if you are interested in learning more about Steve, Viva Movement, or his Ironman training, visit his website, http://www.vivamovement.blogspot.com/. 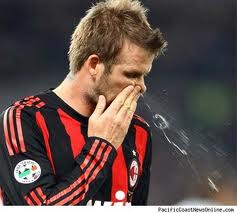 For those of you who are unfamiliar with Mitch Roberts, I would love to introduce him to you. Mitch wrote the very first comment on The Running Brothers blog, so I guess you can say that Mitch is our first hero. Mitch knows a thing or two about training and competing in Ironman events which is why his comment to the question, “When can I call myself an Ironman?” . . . was so invaluable.

Mitch Roberts, a man with many passions, loves spending time with his family, the Washington Huskies, long bike rides with friends, training with his wife, having beers with friends, competing in iron man events, cooking, golfing, road trips, traveling, and anything that allows him to spend time with his son.

He got interested in triathalon training while in Hawaii during the Ironman competition in Kona. He completed his first Ironman in 2009 in Canada. His wife is also a triathalete and their son has started competing with them as well.

The greatest thing about blogging, Mitch said, is making friends and “virtual friends,“ from all over the world. His wife also has her own blog, her article entitled A Girls Guide to Farmer Flow, in which she was finally able to “farmer blow” while running as a girl, Mitch says is hilarious.

(Never heard the terms farmer blow, or farmer flow, perhaps I should research this further, but it doesn’t sound like the sort of thing one should be posting articles about . . . 😉 . . . )

Mitch is affiliated with an online group, Sweat365.com, he began blogging with them when he began training for his first marathon. He knew the owners and now can update his blog daily with the progress he is making in his training.

One success story that Mitch shared with me was about a friend of his who had weighed 320 pounds before beginning to train. Through diet and exercise, his friend lost 140 pounds and is now a triathalete.

Mitch has completed three Ironman Canada events and has signed up for a 4th in Idaho. “Crossing those finish lines is such an amazing feeling,” Mitch said.

He loves the training because it has become a social event for him. Every Friday three of his friends head to the local YMCA for a swim and then grab a coffee.

In 2007, he trained with his wife for their first event, “it was one of my most favorite moments in my life to not only finish, but to be able to run down the finish line chute with my wife and son.”

After completing three Ironmans, Mitch definitely knows what he is talking about. Mitch recommends finding a plan and sticking with it, listening to how others train and listen to your body. If you are constantly tired or sore, something is wrong, fix it before it gets worse. He also said not to be a victim, if you’re complaining about running or training then this lifestyle may not be for you. He thinks athletes should experience the full enjoyment of the training and the completion of the goal.

As this is not just a blog about running, but a blog about making life more enjoyable, I asked Mitch what is something that he would recommend that everyone get the opportunity to do in their lifetime. For Mitch, he said to travel to Europe, London, Paris, southern France, Italy, and Ireland, to love as if you will never get hurt, to “go Gluten Free” (another phrase I am unfamiliar with) for two weeks, don’t buy frozen pizza. As far as running is concerned, “sign up for something, anything, and train fully.”

If you are interested in finding out more about Mitch Roberts, I recommend that you check his blog, http://mitchr.sweat365.com/.  Mitch, you are our hero.  Keep up the good work, we’ll be checking in with you frequently.

What is a hero? Is it a guy who dresses up in a tight spandex suit who battles evil-doers?  Is it a man distinguished by exceptional courage and strength?  Is it a Greek demi-god?

The word hero has become overused so much so that it has lost it’s meaning entirely.  We want to help bring the word to it’s true fruition, it’s true meaning, it’s true purpose.  The word, “hero” should only be used for a select few, the chosen ones, the righteous.

Therefore, we have reserved this sacred word for those that mean the most to us, “YOU.”  Forever and always, YOU will be our heroes, for YOU help to motivate us, encourage us and inspire us.  YOU are the true heroes.

Be prepared for future installments in our blog where we profile one of our readers and share their experiences to The Running Brother world, which in case YOU haven’t noticed, YOU are now a part of.