People were coming from all across the country to celebrate the event.

My Dad has run the workshop for the past 30 years and today was a big day for our family.  My brother, sister and I owe a lot to the CSPA Workshop.  After all, that’s where my parents met.  Every member of our family had attended the workshop.

It was a big deal.

Rocky had thrown up all night long the day before and I was worried.  He tried to carry on as if things were normal in the morning, but I could tell he was hurting.  After a family discussion, we decided it would be best to take Rocky to the hospital.

The decision was made to take him to the hospital at almost the exact same time the 60th Anniversay of the CSPA Workshop.

Although Rocky was hurting, his pain didn’t seem terminal so my Father, sister and I made our way to the celebration.  We met and talked with people who came from all across the United States to celebrate the Anniversary with us.  But the whole time, our thoughts were with our brother.

The highlight of the presentation was when my father, along with other instructors and board members from the workshop received the highest honor the workshop bestows upon those who are associated with it.  He had made the California Scholastic Press Association’s Hall of Fame.  When his name was announced, I saw him getting off of his cell phone and he was emotional.

He graciously accepted the award and the festivities carried on.  Minutes later, after the award ceremony had commenced.  My father informed me about the content of his cell phone conversation.

Literally one minute before my Father had received one of the biggest awards of his life, he got another piece of news . . .

We woke up, grabbed breakfast and immediately jumped onto the golf course to start Day #2 of our Father Son Golf Trip at River Ridge in Oxnard.  We quickly moved our way around the golf course and when all was said and done, I had come out on top for the golf portion of our trip shooting a 78, Rocky shot an 89 and Dad shot a 97.

For the two-day trip, Zeb amassed a 167, Rocky and Dad tied at 187.  All in all, it was another great Father-Son Golf Trip. We are really lucky that we get the chance to make this trip every year and always have a blast doing it.

Thanks Dad for such a great time! 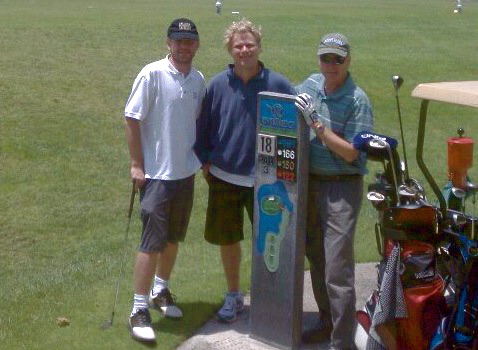 Every year since I was 13 years old, my Dad has taken me on a Father-Son Golf Trip.  When my brother turned 13, he joined us on our annual adventure and over the years we have played courses in Temecula, San Diego, Palm Springs, Mexico, Buellton, among many others.  This year we played golf at River Ridge Golf Course in Oxnard.

We woke up at 9 AM, and made our way towards Oxnard, stopping at a Farmers Boys for breakfast along the way.  We played a very competitive round of golf.  I shot an 89, my Dad shot a 90 and Rocky shot a 97.  My Dad had a lot of great shots and I was pretty consistent throughout the day, except for my putting.  I had two 4 putts which is not very good, but in my defense, those greens were tough to read.

We made it back to our hotel and got ready for a night on the town.  We headed to a place called Victoria Pub & Grill.  A very fancy establishment.  We played some NTN trivia which you may have seen at a few places, and then played several games of pool.  My Dad ran the table on us in one game which I have never seen done before in a game of cut-throat.  He was on his A game.

We made it back to the Hotel and headed for the jacquizzi, which was very pleasant and we were able to catch up on each other’s goings ons in life.  Then back to our room where we played two games of Gin 13, Rocky took both games.

For the day, I was the best golfer, Dad was the pool shark and Rocky could not be beat in cards.  We called it a night and turned into bed . . . ready for Day #2 of our Father-Son Golf Trip. 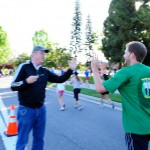 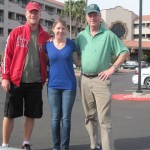 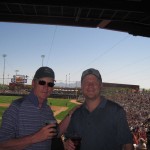 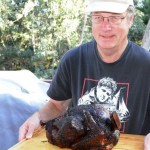 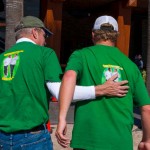 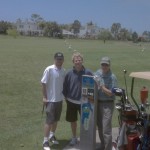 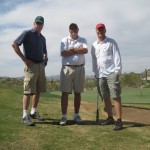 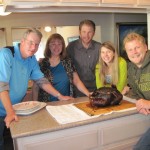 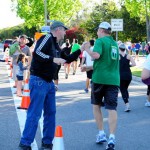 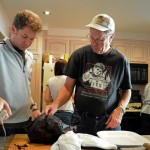 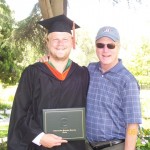 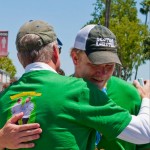 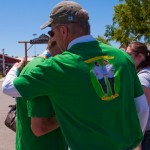 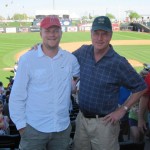