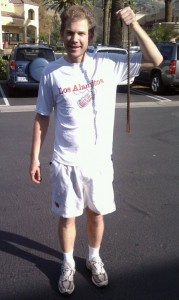 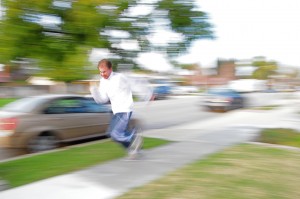 I completed my goal for this week . . . are you surprised? 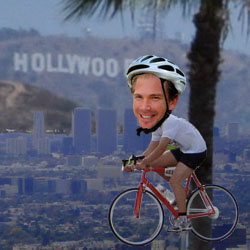 I am buying a bicycle helmet tomorrow and I need advice on what type of helmet to buy. Does anyone have any suggestions? 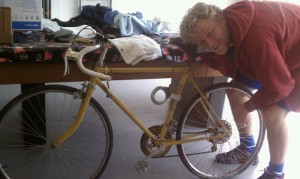 Thanks Rocky for fixing up your old bike for me to use. 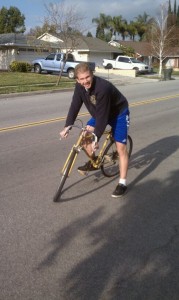 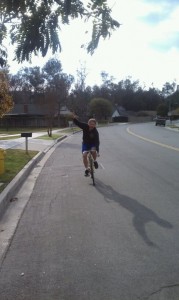 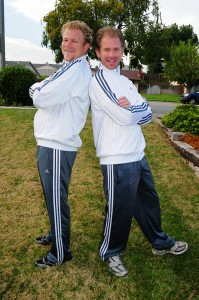 Stephen Colbert is right.  Bears are a huge threat to America. If America is at war with Bears the front lines are in San Luis Obispo, and the running brothers experienced this first hand.

When my brother first brought up this project, my first thought was, “what about the bears?” But I eventually accepted that we may run into a bear or two throughout our entire training program. I told myself, that risk was acceptable in comparison to the enjoyment and fullfillment we would get from this project. On our very first run through San Luis we arrived at the Mission and encountered the first Bear of our training program, a gigantic Grizzly jabbing at the water.  He wasn’t bothered by us but we kept our distance.

After surviving our first close encounter, on our very first run, we continued on our run. Fully satisified by the laws of statistics  that we would not encounter another deadly creature we continued our run along the stream that runs by the San Luis Mission and through downtown.

I am leading the way,  on this dark gloomy rainy night at about 11:00 pm we emerge from behind a building and….. BEAR!!!! It was croached in an attack position waiting for anyone to come out from behind the building only a few feet away. Startled I jump away from the bear, Zeb seeing me follows in my cat like evasion tactics but we quickly are frozen in our tracks. 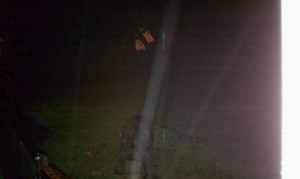 After further investigation we confirm that this bear is as harmless as the bear at the Mission. An obviously hilarous jokster placed this bear in this particular location to startle people like us. IT WORKED.

So one day into our training and we have already encountered my full anticpation of bears for our entire training program. Unbelievable. We will keep you abreast of any future close calls with bears.